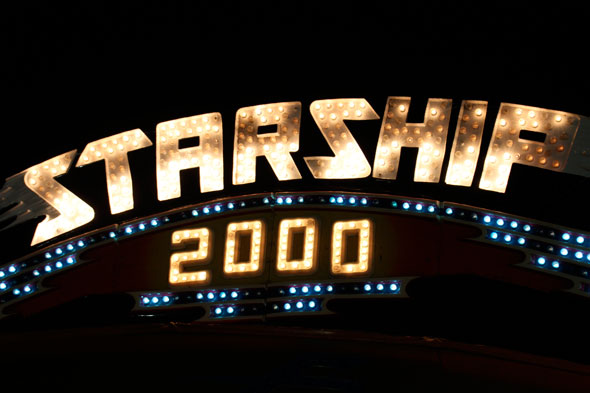 Last New Year’s Eve, I made the trek with some friends to a club in downtown Kitchener. Being comfortable amongst the university crowd, I felt slightly tense wandering around in foreign territory. Just as I was settling in and questioning why I avoid the extra drive down King Street, a pathetic drunken teenager approached one of my friends and began hurling anti-gay slurs towards my innocent and unsuspecting gay friend. As this ridiculous douchebag called him a faggot, accompanied by some other colourful language, I completely froze up. Besides completely ignoring his insults and banding together with my group of friends, I realized I had no idea what to do in this kind of situation.

I’ve been bullied sure, probably more than a lot of other kids. I’ve been called ‘Dumbo’ for the size of my ears, ugly for the better part of elementary and high school and even tormented for my last name because, if you’re clever enough to see, the first three letters spell ‘but.’ Despite this ‘character building,’ I’ve never had to defend my sexuality, define my gender, or spend my life trying to make people understand these are not narrow categories nor personal choices.

This example is not to suggest that Kitchener is an unsafe or ignorant place, but it is symbolic of the psychological divide that exists between liberal university environments and the realities of the outside world. Growing up in a sheltered suburb with an open and accepting family, I’ve ignorantly assumed everybody has had a similar upbringing. Likewise, growing up in a country like Canada where gay and lesbian couples are permitted to marry, I forget not everyone in the world has that right – not even just a few hours south.

Transitioning from this liberal environment to an enlightened university, it is easy to become complacent to the reality that homophobia still exists. I don’t want to idealize the university atmosphere, but there is something to be said for its protective bubble that shields its subjects from the often harsh realities of the ‘real world.’

This experience last year certainly opened my rather naive eyes to the violence and prejudice that occurs on a daily basis. Since that event, it seems there has been an inescapable bombardment from the media with stories and images of teenage bullying, suicide and violence. As deplorable as these acts are they have at least increased the awareness of issues within the LBGTQ community that have up until this point, been relatively ignored. Most significantly, there has been a realization that these ‘issues’ (previously designated to the LBGTQ community) are not limited to this community alone but are a shared experience beyond gender, age, status, and sexual orientation.

A recent study conducted by the University of Winnipeg, which surveyed over 3600 secondary school students across Canada, found that nearly half of respondents reported hearing homophobic slurs on a daily basis. Not only do these consist of direct derogatory insults but can include symbolic violence, for example, common phrases like ‘That’s so gay.’

Two thirds of the 14 per cent of students who identified themselves as LGBTQ reported that they felt unsafe in their school, as 51 per cent had been verbally harassed and more than a fifth physically assaulted or abused. It is only logical that with such intense bullying and discrimination, members of the LGBTQ community would feel displaced or depressed.

It’s easy to espouse an ‘It Gets Better’ script or fantasize about the day they too will be able to attend a progressive university and feel comfortable in an accepting environment. But sitting in an elementary classroom surrounded by equally lost peers, this future seems utterly unfeasible.

I have been brutally bullied. I remember spending lonesome Friday nights wondering if I ceased to exist who would really miss me? And morbid thoughts of my funeral attendance consumed my crushed spirits for the better half of my youth. But standing on the other side of four university years, I realized it did get better, and it continues to do so.

But with LGBTQ youth three to four times more likely to attempt suicide than their heterosexual counterparts, an inspiring story of survival that essentially teaches targeted youth that being bullied is a natural part of growing up is sending an entirely wrong message. While it may attempt some optimism, it still labels bullying as a rite of passage with the only counteraction is to grin and bear it.

For my friend who still has to deal with bullying in his twenties I have to ask, does it ever, truly get better? When homophobia builds social barriers that youth must struggle over just to find acceptance, what lesson is really being taught? I can no longer occupy the comfortable haze in which I ignorantly want to believe people can be accepted for who they are and that discrimination is a thing of the uneducated past.

While divides may still exist between liberalized communities and the actuality of the outside world, the message of acceptance and love should be universal. We all want to belong, to be loved for who we are and be seen for the character of our souls rather than an irrational fear of a dehumanizing label. I’m not condemning positive queer movements but rather, suggesting it’s time we all take that trek into the real world and open up our eyes.