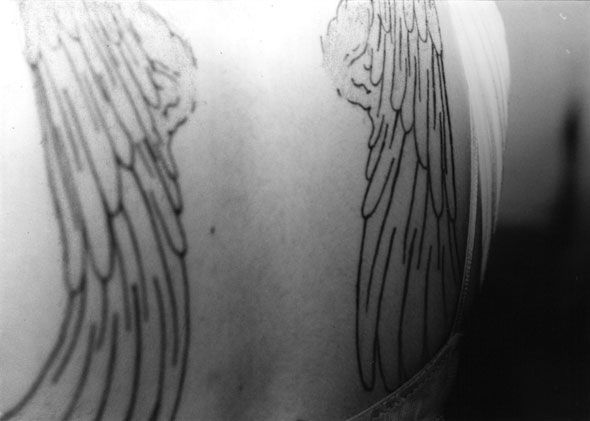 Whether we openly acknowledge it or not, we live in a sexually charged society. Sex and sex-related ideas, images, and facts take up a large amount space in the information superhighway that has become our society. Musicians, advertisers and businessmen all realized long ago that sex sells. This can be seen in the sexually suggestive dances of singers like Christina Aguilera, the seductive look of the model on the bus stop, and the high proportion of women in service jobs such as waitressing. More explicitly, the Internet pornography business has grown to be a multi-billion dollar industry.

Indeed, the sexual revolutions of the past few hundred years have allowed sex to transform itself from a taboo subject to one that pervades almost every area in our lives. Few would argue that this transformation hasn’t been a positive change, after all humans are sexual beings and to hide that fact is to partially dehumanize ourselves. However, the unfortunate fact is that this transformation has occurred in a world where despite the invaluable accomplishments of feminism, men continue to hold the measure of power. The result has been disastrous. Much of the sexual expression in our society degrades woman and relegates them to objects of men’s sexual desires. This is seen in women’s “fashion” where every year the amount of clothing seems to get smaller and smaller, exposing more and more skin. Beauty product advertisements and shows like “America’s Next Top Model” subtly purvey the nearly unattainable physical and sexual image that women need to achieve in order to have value in male dominated society.

The consequence has not only been an epidemic of eating disorders and other manifestations of low self-esteem among young women, but also a reinforcement of women as merely sexual objects in the male psyche, continuing the cycle of male dominance. The viewing or pornography of all types, which has increasingly become a normal and accepted activity amongst males, reinforces this cycle exponentially.

I believe this is simply unacceptable, not merely because of what it does to women, but also because our society is largely missing out on a more meaningful way of relating to one another. If we allow value and respect and not sexual exploitation to become the common basis of male and female interaction, many of the dominant problems in our society can be resolved.

We need to allow a re-emergence of family values (which for some reason we’ve allowed the Republican Party to have a monopoly on) to enter into our discourse. The ideas of feminists such as Andrea Dworkin, and Catharine MacKinnon as well as the anti-pornography movement, offer us much to learn on our way forward. This movement has shown us the violence, degradation and humiliation towards women that is a part of the pornography industry.

I’d also apply a similar critique to the beauty industry and the methods they use to sell their products. We need to find a way to be more creative in constructing images, messages and social arrangements that reflect and promote the dignity of everyone in our society, especially women.

The government, businesses, and laypeople would gain a lot from encouraging and enabling women to enter into roles of true power and leadership in our society. The benefits are too many to explain here, but a quick overview of what feminism is about may help.

The dangers of pornography are very real, and our societal norms that keep it and its use taboo need to be changed to allow it to become more openly discussed in order to be effectively dealt with. Consumers need to change their consumption patterns to send the message to advertisers that the current standards of beauty that are portrayed are harmful and need to stop. Not only do women need to be more involved in the upper echelons of business but men also need to be more involved in the lower echelons. There are thousands of small but effective changes that can be made to promote a society built on equality in all areas, especially in regards to our sexuality.