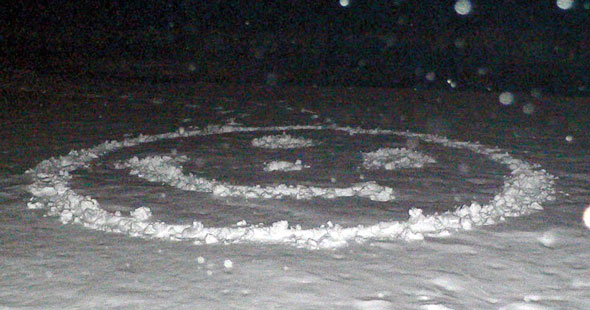 In this information-heavy age, we spend our days surrounded by statistics. Many of them aren’t particularly cheerful. We hear about the hundreds of thousands dying in this war or that one, the millions suffering from AIDS, malnutrition, or bad water. For every cause, there is a sheaf of numbers attached, columns of zeroes screaming for attention. You’d be forgiven for thinking that quality life on Earth is on a downward path. This is certainly a commonplace perception. It is also, thankfully, wrong.

There’s a statistical term that describes the problem here. It’s called “denominator bias”. In study after study, it’s been shown that if you tell someone that 10,000 out of 1,000,000 people will die in a car accident (for example), they will think it far more dangerous than if you say 1,000 out of 100,000, or 1 out of 100. All of these figures are the same – one percent – but most of us, when we hear a fraction, only look at the top number. We think in terms of absolute numbers of people when it would pay, for a moment at least, to remember that not only have the numbers of people suffering increased, but so has the overall population. Critically, the population has been growing much, much faster.

Pick an indicator, any indicator. Infant mortality, illiteracy, disease rates, malnutrition; measured globally, all of these are at the lowest levels in the history of the human race. Perhaps the most shocking of these conceptual jumps has to do with violence and war. We’ve all heard, many times, that the 20th Century was the bloodiest in human history. The Second World War alone killed upwards of 100 million people, yet, as it turns out, this truism is nothing of the sort. A couple of historical demographers managed to build some century-by-century estimates of the percentages of the human population dying violently. It turns out that the 20th century, in which around 1% of all deaths occurred violently, was actually the least violent, ever. Jump back to the 17th century, and you get somewhere around 2.5%. Go back to hunter-gatherer societies and the proportion gets up to 20%. We live in the most peaceful world that has ever existed – and there is nothing wrong with occasionally acknowledging that. Perspective is a precious, precious thing.

In making this point, there are some obvious moral and practical limitations. First of all, this is not, and should not, be taken as an acknowledgment that there is somehow an “acceptable” level of suffering, death, or deprivation. There is nothing of the sort. Every life must matter. As agents of change, though, we have a responsibility to work within what is possible, to know what is achievable, and to have more than a bit of hope that the world is moving in the right direction. Looking at the world and seeing only the bad is a recipe for disillusionment and burnout, and that helps nobody. Better to spend 20 years working joyfully for change than 2 years working angrily. I’ve spent hours at booths in the concourse; I know that guilt is a far less effective draw than constructive effort. It’s no use making people aware of the disease without mentioning that there may be a cure.

It’s here, though, that the “things are getting better” point needs to be fleshed out a bit. Not only do we live in a time when positive change is happening faster and faster, we also live in a time when the power to achieve that change is growing exponentially. I don’t mean financially, although that is a part of it. More important is the sea change in the way we, the rich and the privileged, relate to the rest of the world. We still certainly do terrible things in the name of our “interests”, we still oppress, are still bigoted. At the same time, we are unimaginably less bigoted than our recent ancestors, many of which wouldn’t have even acknowledged the humanity of most of the world’s population. Much more usefully, though, our own attitudes matter less and less. The charity of the rich isn’t going to save the world; the power of the poor will do that. All we can hope to do is help a little. We didn’t shut down the Doha round of WTO talks – India and Brazil did, fighting for a fairer deal for the developing world, a world that has a great deal of power due to that most evil of evils – globalization. There are many dark sides to globalization, to be sure, but it has given the poor far more leverage than they have ever had. Every time a Canadian factory job heads overseas, we should be smiling.

The cornerstone of anti-oppressive practice is the idea that we all must recognize the power of our own privilege. This is exactly right, and exactly what can form the foundation of sustainable, joyful, and humble social change. As activists, we too often cling to our recipes for saving the world all at once. I can’t imagine a quicker road to hopelessness, or a more oppressive and top-down way of thinking. I hope we can dream a different dream, one that involves using our power for what the powerless want, not what we decide that they need. If someone in India wants our job, we should use our power to help give it to them, not lecture them about the inequities of the global “system”. Instead of fighting a few huge struggles against the big nouns (hunger, war, etc.), we can fight a few million smaller ones. We live in a system that allows that to happen – let’s use it.

The world is getting better. It’s a slow, chaotic, piecemeal, tragic process, but it’s happening. Every one of us should be able to get up in the morning with a heart full of joy, knowing that on the balance of things, things are a bit brighter than they were yesterday. Millions of people are doing inspiring things, all over the world. Why aren’t we screaming this from the rooftops? Because we’re afraid. We’re afraid that without the moral blacks and whites, social movements will loseWeight Exercise their strength. That deeply underestimates the very power we seek to develop – understanding. Let us wake up to the world that is, good, bad, and getting better. Let that understanding motivate us to go out and work for change, and smile while doing it.