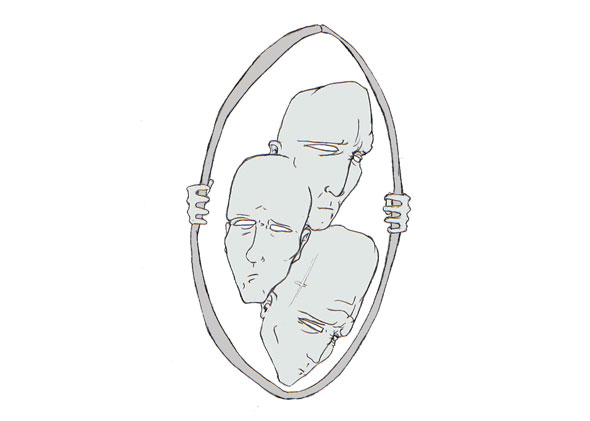 Another milestone
Everyone’s congratulating you and they’re excited for you
And you’re excited too, but you’re also feeling other things
Namely: scared, overwhelmed, and nervous
You’re sitting there trying to make her an anniversary present but your mind is on something else
Or someone else
You’re reevaluating everything and you’re wondering if she is too
But You’re afraid because you’re supposed to be celebrating and you’re really just looking for the right time to talk about things
Should you talk about it the day of? After sex? Before? After the 1.5 L of wine?

You did talk about it though, didn’t you?
And it was a good talk
You were both on the same page
Of course you were – it’s just that kind of relationship
Honest, real, and true
You got together fairly young (sexually speaking) and you both feel as though you missed out on some craziness, some wild times, etc.
So you’re going to open things up for a while
Put your toes in the water and see what other fish bite
And it’s a good thing
Because although you’ve been in a great state for a long time now
There’s something great outside too, and you both know it
You both want it