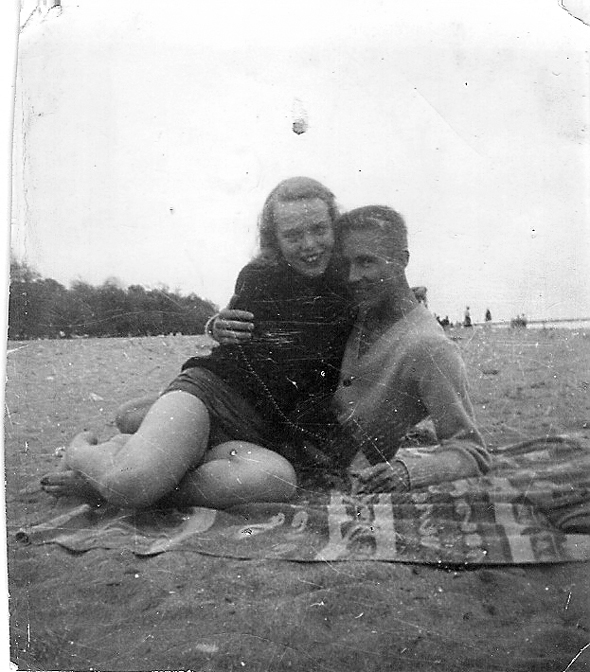 The soiled roots of our sister-cities resisted gentrification by any means at their disposal, and their tactics proved highly effective. Secret societies of dirt began the good fight: asbestos vined its way towards God between steel girders and damp drywall. Mould splatted spores like Pollock’s paints, feeding on a blank canvas. The old mattress factory spat out a young labourer fourteen stories down, back-breaking on the main drag, for trying to transform it into tasteful lofts for the Young Urban Professional.

Yes, the soiled roots of our sister-cities resisted gentrification at every step, but progress and economy stepped on also. The buildings and landmarks of a city anchor us in time, and my anchor lost its hold. I watched from my bedroom window as the lofts came to dwarf our house, and the city I grew up in became foreign to me. All that remains of that rockin’ 1980’s ghost-city – the bowling alley, the ashtrays, my Mother’s clear nail polish, the smell of mattress factory fire, my Dad whistling Hotel California, the Dollar Store, the train tracks – are Memories.

But oh, how they evaporate! See them float skyward like cottonseed caught in the wind. See them take flight from us like unsecured helium balloons! And see me (shamelessly) leap, jump, and snatch them to my body in a desperate dance of recovery.

As I see an elder so dear to me turn his chair toward shadows, see him retreat within to contemplate the corners of his mind, I direct my energies towards genealogy. With a crowbar and might I open the attic door at night.

Those corridors – unending like an anvil that falls but does not drop – of geometric faces and cut glass minds! Names encased in crystal, embedded in space and time revolve slowly and twinkle in the spectral dust of ancestral ghosts.

Crests, medals, portraits! Iron, copper, Lyme! Family secrets unfurl like streamers wound tightly for years in disquietude and dyspepsia. I want everyone to know! You were that turbine the sun that spins forever! You too are the iron blanket of winter that rusts over time. You’re fading to shadow now but I want them to know: you wrote letters and told jokes and collected coins once.

With this I am forced to concede that it is not just this new set-design of a city that has pasted itself over my past. And outrage and resistance just take so much energy these days! To be honest I was drunk and melancholy at the Residents Meeting to lobby against the Bauer development. I concluded, in the end, that letter writing campaigns are no match for entropy. Nor are draftsmen, nor money, nor architects, nor mortar. Young urban professionals are but soft-headed souls like me, who will make memories and forget to keep them.

I guess we all just have to roll with the sucker-punches of change, loss, death and time. It did get pretty lonely living amongst construction for so many years, but at least there was this one day that I saw the sunset squeal through the gaping metal mouths, and I felt the giant crane loom its make-shift cross over the city, and for a minute I felt its arms connect the cracked sidewalks between my present and my past.

Ellie Anglin has been a Blueprint contributor since 2009.