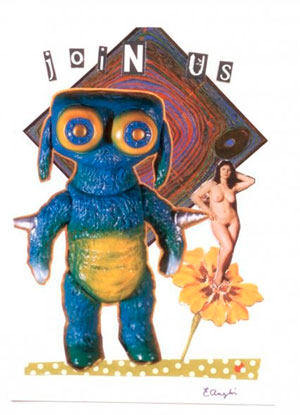 When you gaze upon a crowd, what do you see?

I see shapes and forms, colours and other visual stimuli. I see minds, both electrified with activity and dull. Minds enlightened to the beauty, the synchronized, wondrous breath of our directionless species.

What I certainly do not see is a vast, gaping chasm between others and myself. We all – save astronauts and high jumpers- normally have our feet firmly planted on the ground. The day where we truly lose our ground is the day we are interred beneath it, and from the day we are gifted with life until our last fruitful gasps of oxygen, we share the common plane of life on the same terrain of Planet Earth.

This commonality, the most crucial and clichéd commonality of all should have driven us to seek oneness and acceptance from the beginning. It has not. It has taken thousands of years of grief and misery to reach our present stage, and only slowly are we beginning to awaken from our deep, ignorant slumber.

The majority of those who pay attention to LGBT issues have heard of Jamie Hubley and the “It Gets Better” project created by Dan Savage. As beautiful as the movement may be, I find it difficult to believe that most kids, immature as they are, will ever possess enough self-analytical ability to really benefit from something like that without a rigorous shaking of the system. The foundations of the system are finally beginning to crack, inch by inch.

Our goal is to rid humanity of past habits, ideals and norms that have not benefited our society as the whole, unified entity that it is. Western society encompasses a stunning variety of individuality, and it is only natural that we continue to fit each kind of person into the societal puzzle, piece by piece. Forward progress is inevitable.

When Conan O’Brien officiated the first late-night talk show same-sex wedding on November 3rd, do you think audience members and viewers understood the significance of it? Do you believe they realized, beneath the entire process, that he was blatantly ridiculing our civilization? What I thought as I watched and appreciated how necessary it was, ran along the lines of the following: why do we need late night satirists/comedians to symbolically remind us about how far astray we have gone?

And then I remember the likes of George Carlin, Bill Maher and Louis C.K., and I understood that the most human messages often come from those who are, unfortunately, taken the least seriously. So it goes. first to openly talk about classical categorization, Aristotle made it clear that categories were distinct entities. Aristotle described these categories as sharing common properties. While a philosopher may cringe at the simplicity of the explanation I provided, what I am alluding to is that it will always be natural for us to differentiate

While Plato may have been the first to openly talk about classical categorization, Aristotle made it clear that categories were distinct entities. Aristotle described these categories as sharing common properties. While a philosopher may cringe at the simplicity of the explanation I provided, what I am alluding to is that it will always be natural for us to differentiate between hetero- and homosexuals. We will always categorize ourselves into different variations of person. There is no harm in doing so. The harm comes when one category is seen as more correct than the other.

It is imperative for humans to categorize our world, consciously or unconsciously, in order to make some remote sense of it all. What I would like to conclude with, however, is that I believe it is a categorical imperative to see that beneath short haircuts and long haircuts, tight clothes and baggy clothes, rainbow flags and what many consider to be ‘atypical mannerisms’, that sexual orientation means nothing. Sexual orientation is so grossly unimportant in the grand scheme of someone’s being.

Lesbians, gays, bisexuals and trans individuals have only been considered unnatural for so long because we, in our pathetic fallacy, have made them out to be so. The root cause of our error could be traditional religious beliefs or some inherent belief that ‘the only right way is the baby-making way’. It could be the evolutionary, animalistic tendencies we have/had. There is no right way. There is my way and there is your way.

‘Queerness’ has always existed as a human inclination; but we now notice it most because of our emphasis on individual rights and freedoms, as opposed to the collective mentalities we held in the past. Whether deviance from the ‘sexual norm’ is neurologically, genetically or environmentally rooted is a moot point. It could be all or none of the above. Why attempt to determine an origin when there is no issue to begin with?

I may be unable to stop saying ‘faggot’ or stop wanting to criticize someone’s sexual orientation when a ‘queer’ person’s personality gets on my nerves. In the future, I will make conscious efforts to change. But I know that deep down, beneath my fabricated layers of social shields, my impulsive attributive tendencies and everything else that constitutes the identity I do not want to have, I accept. I accept somebody for what they are, because nothing is truly irregular. Everything may be subjective and relative, but acceptance has no room for subjectivity. It appears to be impossible for us to truly accept one another. We should all realize that preventing same-sex marriage is a ‘sin’, and not the other way around. The Defense of Marriage Act is an abomination to the true purpose of implemented laws. Laws must serve all equally, free of bias, prejudice and discrimination. To each their own.

The word ‘queer’ even has negative connotations to some of those in the LGBT community. Some say it is too politically charged. Even some lesbians and gays seek separatism from one another. Whatever words we use to distinguish ourselves from one another, we must make sure the utterance of it is paired with kind emotion. It must be associated with vague, disinterested differentiation as opposed to debate and criticism.