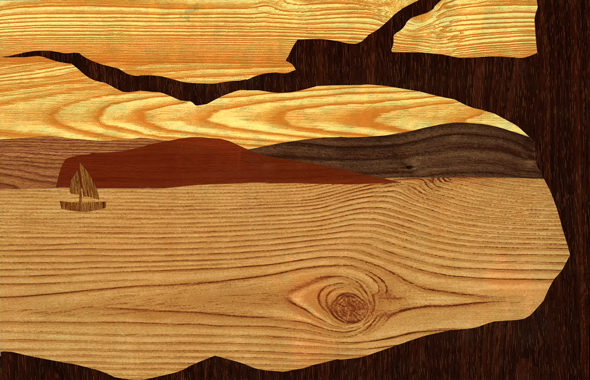 Borborygmus: n. (Pl. Borborygmi) an abdominal gurgle due to movement of fluid and gas through the intestine, often accompanying hunger.

Cathar: n. a member of a duo-theistic nomadic Christian sect in Languedoc and Provence in the 12th and 13th centuries who believed the material world was evil and only the spiritual was good.

Borborygmus can lead a girl to lunacy. It’s true. When she began her journey, she was fairly levelheaded. When the journey was done, her eyes gleamed with a fever borne of heretical thoughts, and the smallest discrepancy between guts and brain became a grand theological conspiracy.

But it wouldn’t be perfectly correct to say she was cynical or skeptical. After all, she was ranging through the Pyrenees, sweating in the almond-scented heat of the Langued’oc, crisping under a merciless sun, all to research the Albigensian Crusade of medieval France, and one has to be a little swept away by magic and folklore to even come so far. Certainly she was intrigued by the ancient stories of the Cathars, a sect of vegetarian pacifists who meandered from town to town, who believed in two Gods instead of one, and who preached peace and love for all the creatures of the Earth. Their rejection of organized religion didn’t go well with the Vatican. Disgruntled by these filthy, stinky, moon-eyed hippy troubadours, the church sent a force of soldiers against them, burning Cathars at the stake. Village courtyards ran red and sticky with blood. Finally, in 1243, the army drove the remaining Cathars and their families to the hilltop fortress of Montsegur, where they hid for almost a year, besieged and trapped, unwilling to rescind their beliefs.

At last, the church sent a message to the starving, tired, injured Cathars. Admit your beliefs are wrong, say a few prayers, and we’ll let you go. A clear ticket out after a year of hell.
But, instead, all those within the fortress took the consolamentum, the rites of Cathar priesthood, and threw open the gates to march down the mountainside. With their shaggy heads held high, they defied the monarchy and the papacy any joy of victory. They embraced the flames.

But (so the legend goes), the night before all within took the consolamentum, three Cathars scaled the cliffs of Montsegur with the sacred treasure, and vanished into the mists, never to be seen again. No one is quite sure what the treasure was, but the prevailing theory is that it was the Holy Grail, the true reason why the Church dogged the Cathars as far as Montsegur, and the reason why all the besieged families, even those who could have left with an ecclesiastical slap on the wrist, chose instead to forfeit their lives for their newly-discovered Truth.

But no matter what the stories say, she wasn’t the kind of girl to go chasing after shadows. She liked ghost stories and intrigue and spirituality, but she drew the line at anything garish, like the existence of the Holy Grail. As a friend once observed, she kept her flakiness well hidden. She was here, in France, to do scholarly research on the Crusade against the Cathars, not flail about the countryside chasing sacred cups. A protocol needed to be kept.

Because of this reason, and this reason alone, she refused to visit Rennes-le-Chateau.

A little to the west of Montsegur sits the town of Rennes-le-Chateau, whose story is interwoven, tangled, and knotted with that of the Cathars. It is the epicentre of modern grail hunters, rampant with tales of Mary Magdalene, miracles, and mysterious 18th century scandals, and she knew that if she succumbed to its siren call, she would only be disappointed. Oh, she’d heard the gossip of Rennes: how Berenger Sauniere, an impoverished priest, discovered mysterious scrolls under the altar of Rennes’ tiny church, then suddenly grew fat off the spoils of blackmail money. How the scrolls spoke of the descendants of Jesus, and blue apples, and tombs where the treasure lay. How the Cathars, fleeing from Montsegur, gave the Holy Grail to the Knights Templar for safekeeping, who then hid the Grail in the caves below the tiny town. Yes, she’d heard, but she didn’t believe a whit of it, nor did she want to support the rampant, cheap sort of tourism that feeds off sensationalism.

Talking to people about Rennes is like trying to describe a soap opera: countless characters, numerous crazy plot twists, and so many mysteries that the palimpsest seems to implode upon itself into a big black hole of lunacy. And the Grail hunters… well. Half-mad with their passions, moving from place to place like the Cathars, singing their stories, and telling their tales to anyone who’d spare them a moment to listen, spiraling ever closer to that hilltop town where all their speculations led them!
If she visited Rennes, she was only lending strength to these ridiculous, romantic claims. She was perpetuating a tourist trap. She was cheapening her own scholarly research.
Hence, she pledged with hand over heart to avoid Rennes like the plague.

But she did so enthusiastically. “I will not go there,” she proclaimed, pounding one fist against the dashboard of the Renault Twingo. Why was she so adamant? Perhaps she sensed its power, and was afraid?

She spent the morning snooping through tower ruins, perched precariously on the ridges of the Pyrenees. The French have faith that their tourists know their limitations; there was not a handrail or cautionary sign to be seen. She lounged on the upper battlements of ancient castles, wondering how architecturally sound they could be after so many years of sieges, storms, World Wars, and adolescent field trips.

The July sun was too hot to permit lunch. She skipped it, opting instead to head for the cool depth of caves, where primitive artwork displayed what the residents had dined on, a scant 15, 000 years before.

But it was a long hike into the mountain’s core, and a longer hike out.
She got back to the rental car, famished.

The thing about Southern France is, there aren’t any places to eat. Not like here, not like 24/7 North America, where the gastrointestinal comfort of lonely travelers is provided by fast food venues on every corner. You want a hamburger, or a slice of pizza, or a 7-11 in the shadow of the Pyrenees? Tough. The Languedoc is not about convenience or comfort or easy meals.

She drove for miles, through quaint villages that had, only hours before, been bustling with markets. Now, they were Gallic ghost towns.
Her stomach roared its spoilt disapproval.

The map said this road would take her right by the turnoff to Rennes-le-Chateau. She narrowed her eyes. It was a tourist trap, true, and rampant with grail hunters, but that also meant it would have the resources necessary to keep those hunters happy. And that meant food. Never mind the Knight’s Templars, or the descendants of Jesus, or the Holy Grail. This was a conspiracy orchestrated by her stomach, and borborygmus is not a force one can resist for long.

So she turned the Twingo onto the narrow dirt road, spitting up dust, and the path wound up the side of a pinnacle of rock, until the car jostled through narrow stone gates and into the tiny fortress on the crest of the hill. Houses of beige bricks crowded the street, but there were people here, foreigners like herself, wide-eyed and clutching books to their bosoms. Parking the car, she walked through the alleyways towards a central park, where flags adorned with crimson crosses heralded a restaurant. Desperate for nourishment and fumbling francs from her pockets in her hurry, she bought sandwiches from a grad student who spoke English. “Rennes is normally home to 300 people,” he said as he made her supper, “But in the summer season, we have 100,000 visitors or more. Crazy, mais c’est vrai.” He said this in a voice that was tired, but he smiled when he brought her the food.

She sat by the fountain to devour her dinner.

“You wanna leave?” said her stomach.

“Enh,” said her head, and her shoulders shrugged. “We’re here now. May as well look around.”

She couldn’t admit that she’d been seduced. She was still too proud to say that the skulls carved into the doorways had caught her eye. She couldn’t yet acknowledge the thrill in her blood as she strolled through the church and stood in the shadow of its sinister angels. Tiny alcoves with Blessed Virgins, swathed in offerings, peeked from overgrown gardens, and at the end of one twisting alley, spray-painted in red, was a resistant proclamation: Vive les Cathars! The tower of Mary Magdalene beckoned her, and she sat at its feet on the slope of the hill, overlooking a vista of fields and distant purple mountains. The Cathars had once stood here, she could feel it. They’d hiked through the landscape that unfurled at her feet, living simply, resisting quietly, under the same wide turquoise arc of sky. A burst of warm summer wind rolled up the hillside and broke over her like an ocean wave, and she stifled a little gasp of delight.

“We don’t need to go home anytime soon.” She said this offhandedly to her brain and her stomach, and a reverent hush in her voice belied her excitement. Her viscera quivered with delight and, shameless, she let Rennes embrace her soul. It tempted her with food, then ensnared her with gifts, and every fiber of her body had fallen completely, utterly, madly in love.